The restoration of Al Salam Palace is a cause for great joy and celebration in Kuwait. 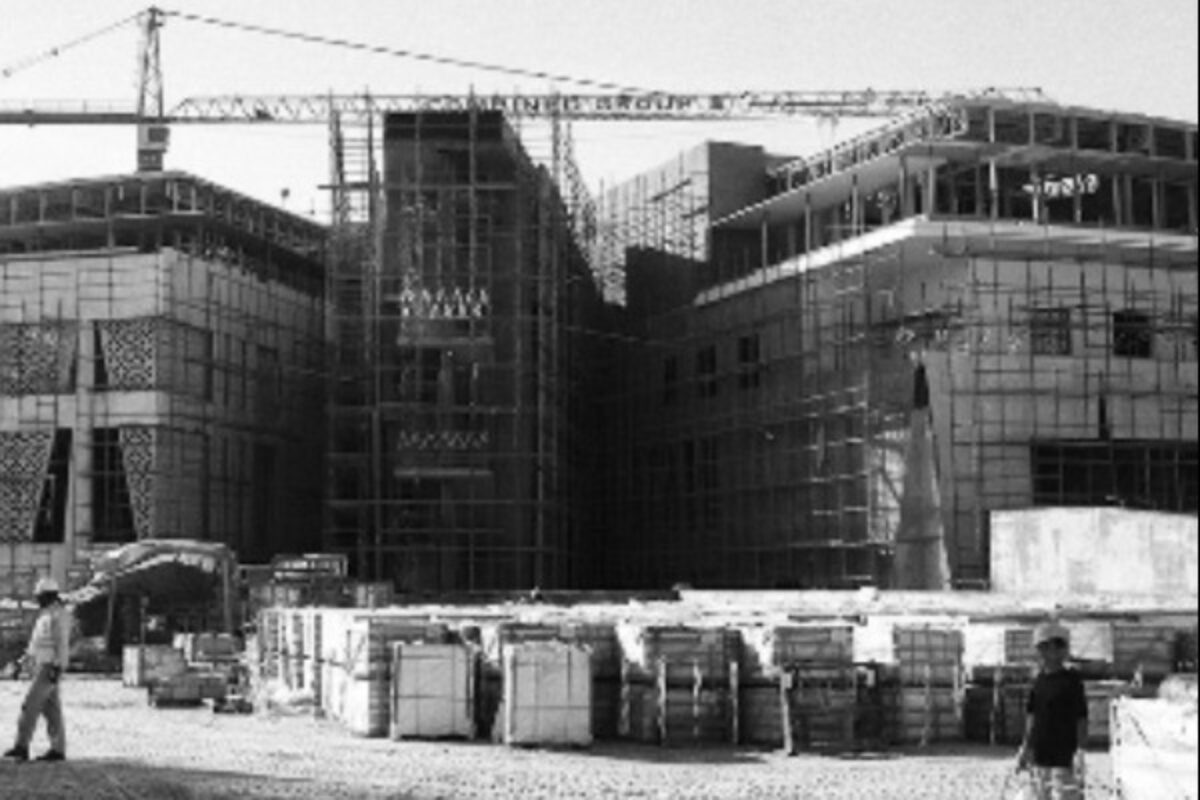 The original landmark palace was built in the 1960s and for decades, it welcomed foreign dignitaries and VIP guests including the likes of the Shah of Iran; former French President Valery Giscard d’Estaing and Charles and Diana, the Prince and Princess of Wales. During the Gulf War in 1990, however, when Iraqi forces invaded Kuwait, the palace was severely damaged to a point that was thought to be beyond repair.

Hopes of restoring the abandoned palace were unfulfilled for over 30 years as it remained abandoned, derelict, and many thought, forgotten. This all changed, however, when the State of Kuwait, Al Diwan Al Amiri, announced that the palace was to open once more. The announcement detailed that the palace would become a publically accessible museum, set to open in April 2017. This news was surprising for many considering the states tendency to demolish old buildings and replace them with new contemporary structures, rather than maintain and restore them. Arguably the most famous instance of this was the destruction of Kuwait’s previous Chamber of Commerce building in 2014. Constructed in the 1960s, the building was a symbol of Kuwait’s modern heritage before it was flattened. Similarly, in 2015, it was announced that Bayt Lothan, a private property and one of Kuwait’s oldest surviving buildings, was going to be demolished and replaced with a mall. This particular case sparked a public outcry, with thousands signing a petition to protest at the demolishment.

In a recent interview, Dr Farah Al Nakib, a professor at the American University of Kuwait elaborated on this stating “The speed and scale by which Kuwait developed after the advent of oil, when the entire city was demolished and transformed in less than two decades, created a sense of placelessness that we’ve now gotten used to. As a result, Kuwaitis generally don’t develop a sense of attachment to places, and don’t seem to mind the incessant transformation of our built environment.”

The renovation project is therefore big news. The project has been procured on a design build basis and SSH, who are one of the leading master planning, infrastructure, building design, construction supervision and project management firms in the Middle East has been appointed by Combined Group Contracting to carry out the work. Since 1961 and for more than 50 years, SSH has played a leading role in shaping the built environment and infrastructure of the modern Middle East and this time will play a leading role in re-opening the palace as a museum dedicated to the history of Kuwait told through its 15 rulers. The design will retain the palace’s original character while incorporating contemporary additions and meeting the highest international construction standards.

Visitors will follow in the footsteps of heads of state and VIPs, arriving in the Rotunda, the heart of the original palace, before beginning a journey through nine re-created palatial rooms and galleries. The new palace will border the new Sheikh Jaber Al Ahmad Cultural Centre and be part of Kuwait’s vibrant new cultural landscape. Al Salam Palace will consist of the museum, a visitor’s centre and a palace garden. One of the most famous features within the palace is a statement chandelier, well known in Kuwait for its beauty and splendour. As part of the palace refurbishment project, the lighting winch division of multi-award winning UK manufacturer, Penny Hydraulics Ltd, were contacted in 2016 to design, manufacture and install a specialist lighting winch system to lift and lower the special chandelier for cleaning and general maintenance.

The chandelier winch system designed was able to quickly, safely and easily transport the chandelier up and down from the ceiling to ground level. This was easier said than done considering the chandelier weighed a huge 1350kg! The lifting and lowering device comprised of a twin rope system. Each rope being able to sustain the weight of the fitting, thus providing two means of support to the chandelier. A spring operated cable reel was then used to provide power to the chandelier. The reel releases cable as the fitting is lowered and then automatically retracts the cable when raised back up to high level. The system is operated by a motorised winch and pulleys are supplied to carry the wire rope along the desired rope runs. One man sited at the winch position can easily and quickly lower the chandelier for cleaning and maintenance without the need for ladders or scaffolding. The lighting winch system complies with best practice guidelines by eliminating the need to work from height and ensuring that the suspended load has two means of support. The system, which was installed in December 2016, is tested and certificated to Lifting Operations and Lifting Equipment Regulations 1998 (LOLER) and is one of the many innovative systems introduced throughout the building, all of which will help bring the palace up to 21st century standards.

Many say that this high profile renovation of Al Salam Palace has played a large part in changing the mentality of the people of Kuwait. In 2016 a 123-year-old mosque, Shamlan Al Roumi, built in 1893, in the centre of Kuwait City was scheduled to be destroyed. The mosque was obstructing a major infrastructure project taking place. Local activists and MPs demanded the halt of any scheduled demolition, after which the Minister of Public Works announced that the mosque wouldn’t be destroyed, but dismantled and relocated instead. Views are changing and the common thought now is that historical buildings provide a city with a multitude of benefits that make the higher renovation costs worth considering; adding to a city’s culture and complexity and attracting more visitors through cultural and heritage tourism. Recently, small to medium sized enterprises have flocked to Kuwait City, with many local restaurants and cafes emerging in older buildings and districts.

With over 38 years’ experience, Penny Hydraulics lighting winch systems are the leading authority in their field, installing and maintaining lifting and lowering systems for chandeliers and other lighting installations in museums, hotels, courts, theatres, stadiums, breweries, railways, retail premises, stately and private homes throughout the world. In addition to Al Salam Palace, further prestigious locations include Buckingham Palace, Windsor Castle, Westminster Abbey, The Royal Academy of Arts, Royal Courts of Justice and the Victoria & Albert Museum.